On May 09, 2020, RT REMINDS US:  Russia Will Be Ready... as the West Hydra of Fascism Rears its Ugly Head Again... this Time Across the Atlantic, on European Settler-Occupied Ixachitlan; especially on Anishinaabe-Waki, but as has been continuously manifested since 1492 on Abya Yala, and Anahuac -- CemAnahuac -- Lands.

'We don’t have to prove anything to anyone... We must do everything so that this truth is not forgotten. We must contrast this with objective information, which we have enough of', Putin said and recalled the creation of a centre for archival photo and video materials, 'which for decades to come, and maybe a much longer period in advance, will not allow [the fascist West] to distort history [like the European invaders of Ixachitlan -- and especially the Spanish scum and their settler spawn occupying Mexico - Tenochtitlan, today, have done] in order to achieve some of their immediate political goals, to damage memory of our people, the memory of our fathers, grandfathers, who gave their lives in the fight against European Fascism'~

On June 22, 1941, the Soviet Union faced the strongest, most mobilized and skilled army in the world with the industrial, economic and military potential of almost all Europe working for it. Not only the Wehrmacht, but also German satellites, military contingents of many other states of the European continent, took part in this deadly invasion.

"'the number of soldier-days spent by Germany on the Soviet front is at least 10 times higher than on all other allied fronts. The Soviet front also had to handle four-fifths of German tanks and about two-thirds of German aircraft.' On the whole, the USSR accounted for about 75 percent of all military efforts undertaken by the anti-Hitler coalition. During the war period, the Red Army 'ground up' 626 divisions of the Axis states, of which 508 were German."

Vladimir Putin: The Real Lessons of the 75th Anniversary of World War II
The National Interest. May-June: The Perfect Storm.

A nurse from Tula, who 'felt overheated wearing protective clothing all day,' wore only a swimsuit under her PPE, was reprimanded.
(Subsequent representative nurse image(s) embodied by Юлия Ушакова : 'Yulia Ushakova'.)

Sorely lacking proper personal protective equipment (PPE), nurses in USA risking their lives, on the frontline against Covid-19 daily, while the coward draft-dodger, inept fascist in the White House -- who blames everyone except himself -- allegedly diverted one(1) million face masks to his Zionist masters.

"The USGovt doesn't only think about itself. It CAN be very generous, but only in one special case… it appears US sent ONE MILLION masks to… Israel, of course!"~ The Saker1
(original link still has a reference: https://www.jpost.com/israel-news/us-department-of-defense-give-1-million-masks-to-idf-for-coronavirus-use-623976 )

update 05-24-2020
...and Spanish scum opportunist Marco Rubio, the Florida Republican, and his colleagues on the Senate Foreign Relations Committee (FRC) quietly approved a bill on Thursday, 21st of May, 2020, to guarantee his -- and Pompeo's... and Adolf Trump's -- Zionist overlord Netanyahu, currently being tried for corruption on the stolen land of Palestine2, a minimum of $38 billion3 of 'Murica's taxpayers money in military aid over the next ten(10) years; instead of utilizing the funds to alleviate the massive unemployment due to bankruptcies of small business, the colossal homelessness --a result of mass evictions, the substantial scarceness of PPE and testing in urban, depressed areas, where vulnerable people are lucky if the health-for-profit system allows them a hospital, all a consequence of the stunted mindset of the fascist US Admin's failure to act and prepare for the Covid-19 assault (which still had not arrived) and thus mitigate the immediate future economic devastation 'at home'.

1 NWO, Globalism and US "Leadership" – RIP

3 As Americans lose their jobs, Senate gears up to give Israel A MINIMUM of of $3.8 billion in military aid per year.

Also, bear in mind that I am connected 'remotely' on a local VirtualBox 6.0.14 reiser4  relatively pristine instance and thus the operations are somewhat slow. Notwithstanding, our custom Metztli Reiser4 instances on Google Compute Engine cloud fabric do not inherit similar slowness.

Виктория Одинцова: Viktoriya Odintcova, the famous Russian model as the embodiment of Xochiquetzal  standing at a mere replica of masterful Toltecah / Mexicah architecture: Tecpan Quetzalpapalotl  ('Palace of the Gorgeous Butterfly') located at Teotihuacan.

(Fragment of a story censored by the Spanish scum – christian fanatical extremists -- Iberian terrorists, invaders whose unbearable stench wasn't mitigated by any xochitlenamactli  ['perfumes composed of various essences'] sprayed on them and who, allied with tens-, hundreds- of thousands of indigenous mortal enemies of the Mexicah, laid siege and subsequently destroyed Mexico-Tenochtitlan, circa 1521. Some two-hundred-and-fifty thousand real Mexicans1 valiantly defended the eponymous symbol of their essence, pride as fearless warriors, and their very existence. As the Mexicah conveyed Cuauhtemoc, their last Tlatoani  ['commander-in-chief'], death was obviously preferable as the alternative outcome was enslavement to Spain's genocidal genetic waste invaders commanding their Tlaxcaltecah, Cholultecah, Huexozincah, Tetzcucah, Chalcah, Xochimilcah Tepenacah, etc., indigenous allies who subverted against the Mexicah.)

Possibly lost in reverie involving the Mexicah's collectively held archetype of feminine beauty -- Xochiquetzal -- Quetzalcohuatl  washed his divine body with xiuhahmolli.  His arms then dropped and both of his hands slid down, touching his well-hung male member and triggering a series of events culminating in his effluence. The Teuhctl's3 masculine essence fell onto a nearby rock which in turn triggered the birth of the tzinacantli  ['bat'] and He would subsequently seal the fate of the specimen as a cave dweller, as well. Quetzalcohuatl commanded the tzinacantli  to go and bite-off the innards of Xochiquetzal's oztotl, i.e., cave, a typical Nahua metaphor for the female genital organ or womb.

Xochiquetzal was asleep when the tzinacantli  delicately bit off a fragment -- deep within her genital cavity -- which the animal emissary subsequently took to (other) Teteuhctin ['Divinities']. The Teteuhctin tenderly rinsed Xochiquetzal's genitalia fragment and -- as the water flowed through -- exquisitely scented roses4 emerged and blossomed. The tzinacantli  then took Xochiquetzal's rinsed-off genitalia fragment to Mictlanteuhctli  ['Masculine Entity overlord' of Mictlan --the ninth-level 'Abode of Death'] who, again, performed a likewise rinsing ritual; notwithstanding, this time what emerged and bloomed was the Cempohualxochitl, i.e., literally Twenty-Flower -- symbol of 'The Cycle of Life'-- which the Mexicah offer at the altar of their dead loved ones during Miccailhuitl ['Day of the Dead'] celebration5. 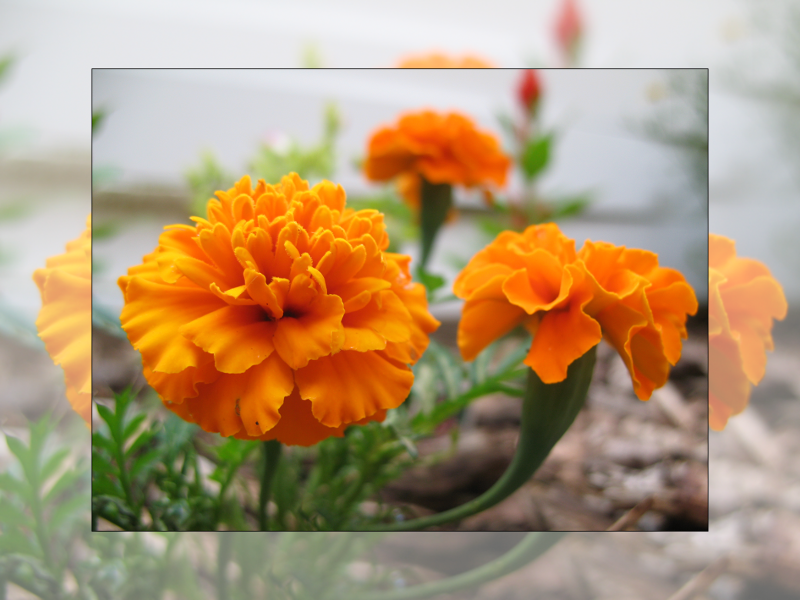 I wouldn't refer en.wikipediadotorg/wiki/Reiser4 as "homepage":
that resource is completely unmoderated.
The actual stuff about reiser4 can be found here:
Reise4 FS Wiki

WE ARE ALREADY EVERYWHERE."